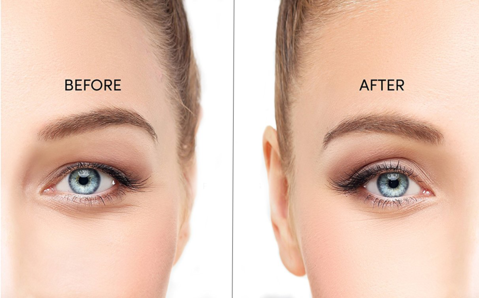 Most women are always self-conscious about their bodies and their physical features, and they like to look perfect and flawless in every possible way. That is why women across several cultures use makeup to play with their features. Big, beautiful and expressive eyes are rated more attractive than other facial features. It is true that the eye morphology of the Asians is quite distinct to that of the westerners. It has been estimated that roughly 50% of Asian women are born with a minimal or supratarsal eyelid crease, which is attributed to their genetic makeover. But, they believe that double eyelids give the impression of bigger and brighter eyes. That is why the double eyelid surgery (creation of supratarsal crease) is attaining immense popularity among the Asians.

Mono eyelids or single eyelids describe the condition of an upper eyelid without any crease, whereas double eyelid is something that exhibits crease over the upper eyelid that causes it to have ‘double’ over itself. Having doubled eyelid is quite common and natural with Europeans and most people across the globe, but uncommon among Asian women. The overhanging skin folds created by the mono eyelid covers part of the eyes and eyelashes, making them look narrower and lackluster literally.

The cosmetic surgery involves removing excess skin from the eyelids and creating an eyelid crease, which is not apparent prior to the procedure, thus making the eyes appear larger and attractive. The procedure is extremely simple and takes less than 30 minutes to complete. One of the following surgical methods can be employed under local anesthesia.

Open: It is so simple that the excess subcutaneous fat on the upper eyelid is removed and stitched in a way that double eyelid crease is created.

Small incisions: It involves making up to three 2 mm cuts in the upper eyelid, extracting a small amount of fat and stitching up the incision. The recovery time is quite fast when compared to that of the open surgery. It is suitable for people with a minimum upper lid fat.

Non-incision: It is relatively simple and can be done in a shorter span of time. Three punctures are created and a small, thin thread is inserted into the holes made and the tissues around the eyes are put together to form double eyelid. Though the non-incisional suture method leaves fewer scars, it doesn’t last long.